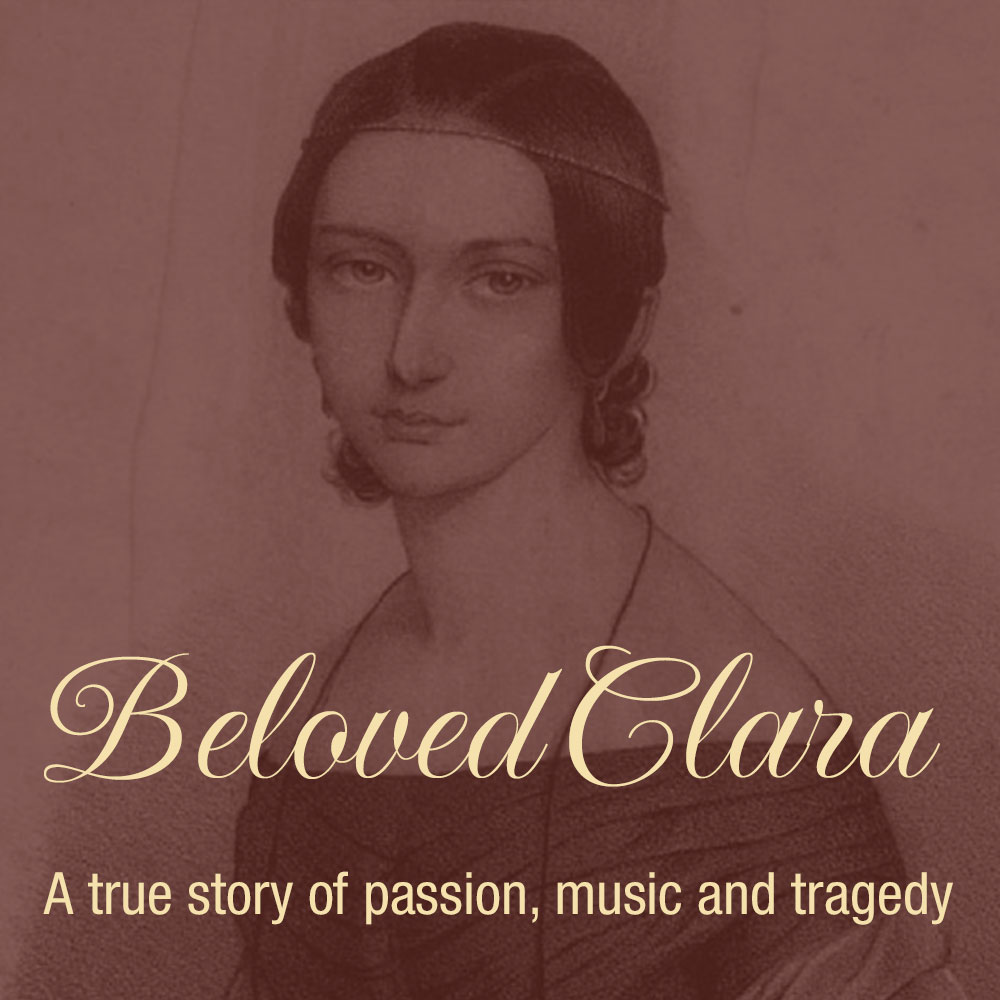 The story of the intense relationships between Robert Schumann, his wife Clara Schumann and Johannes Brahms is one that has always fascinated music lovers. This programme of music and readings brings their history to life. It chronicles the sometimes troubled marriage of Clara and Robert, the arrival in their household of the dynamic, 21-year-old Brahms, Robert’s decline into mental illness and the deepening relationship between Clara and Brahms, the exact nature of which has never been established. Music by all three is performed by the award-winning pianist Lucy Parham, interspersed with extracts from their letters and diaries, which are read by two celebrated actors.

Beloved Clara’s creation was inspired by Lucy Parham’s lifelong passion for the music of Robert Schumann and Johannes Brahms. It was her first Composer Portrait show. Originally compiled from the wealth of existing correspondence between Brahms and the Schumanns by Lucy Parham and Jessica Duchen, Lucy Parham has subsequently updated and revised Beloved Clara with new material and it continues to evolve.

Beloved Clara was premiered at the Wigmore Hall Masters Series in 2002. It has since been performed throughout the country and abroad over 100 times, in festivals, concert halls and theatres. Highlights include performances at the Chichester, Yvonne Arnaud, Harrogate and Salisbury Theatres, BAFTA, Oxford, Rye, Newbury, Belfast, Canterbury, North Norfolk Festivals and Chelsea Festivals, Royal Hall Harrogate, St John’s Smith Square, Cadogan Hall Celebrity Recital Series, Kings Place,Music for Galway, Barbican Centre and both the 2006 and 2010 Schumann Festivals in London. Beloved Clara made a critically acclaimed return to the Wigmore Hall in December 2010.

The international premiere of Beloved Clara took place at the Bergen International Festival in June 2007. The US première took place with a series of concerts in Los Angeles for LA Theatreworks in December 2008. It was broadcast across the USA on National Public Radio in 2010.

The CD of Beloved Clara, featuring actors Martin Jarvis and Joanna David, has been released to critical acclaim by Sanctuary/ASV. It was chosen as “CD of the Week” in the Sunday Times, the Guardian and the Observer.

“Performing in Lucy’s shows is very special, and sharing the stage with a brilliant concert pianist is a pleasure and a privilege. Each one is much more than just reading a selection of letters and diary entries, as Lucy’s plays (that is how I think of them) require complete immersion in the character. The music and the words carry both actor and audience on a great journey. What she has created is remarkable.  I always look forward to the next opportunity.”

“Lucy Parham is a true artist and these unique concerts enable the listener to connect to the spirit and soul of the composer.”

“The readings combine great dignity with a delicate poignancy. The changing moods of the Schumann and Brahms repertoire, from the capricious and turbulent to the reflective and haunting, are deftly interpreted by Lucy Parham. The whole is an intimate portrait, with the passions of the presenters as palpable as those of their subjects.”

“This is a beautifully put – together portrait of one of classical music’s most romantic and tragic marriages and it’s every bit as glamorous and star crossed as Romeo and Juliet. Brahms’s description of Schumann’s death, with Clara kneeling by his bed is almost unbearably moving. Kleenex required”

“There’s no better version (of the Robert and Clara Schumann/Brahms story) than the one devised and presented by pianist Lucy Parham. A lovely entertainment, flawlessly performed”
***** (5 stars)