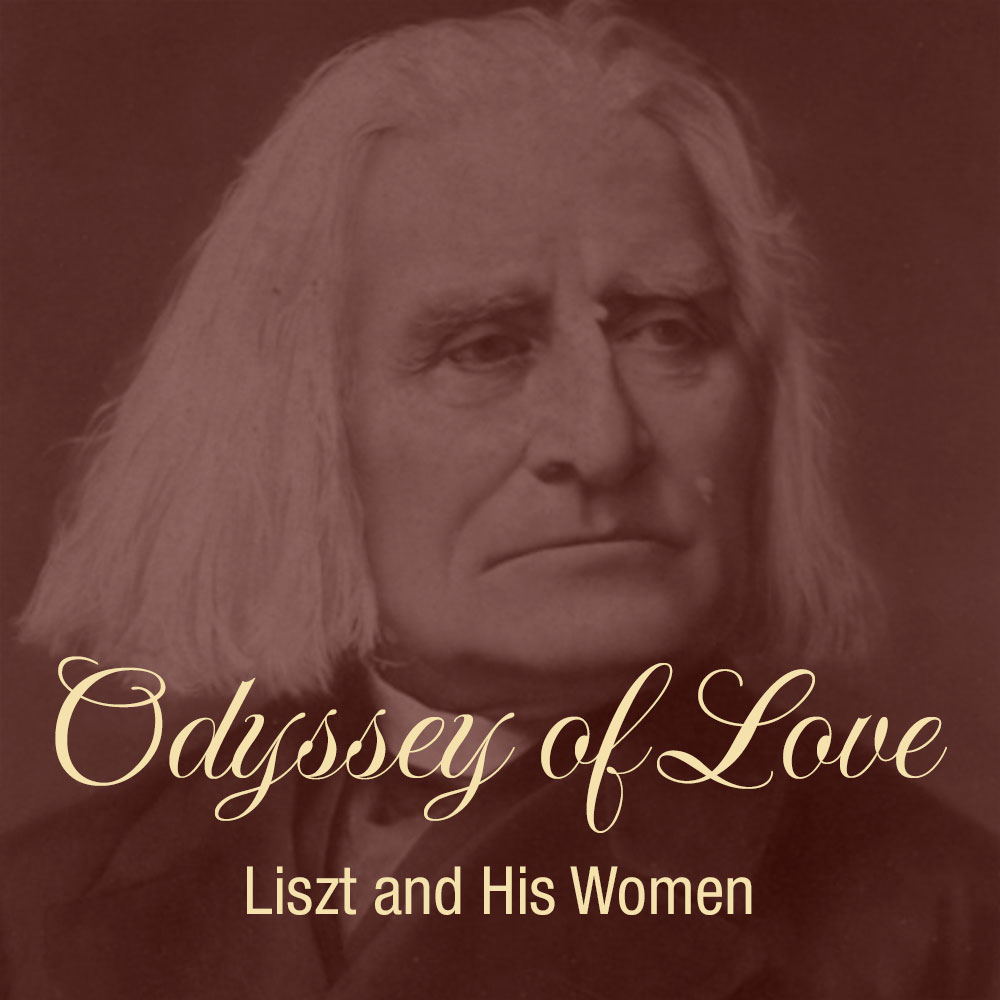 Following the success of Beloved Clara, another evening of words and piano music scripted by Lucy Parham.

Odyssey of Love is the second in the series of five Composer Portraits, created by Lucy Parham. The show premièred at the Wigmore Hall in February 2008 in the London Pianoforte Series with actors Joanna David and Martin Jarvis. Other actors who have performed it include Juliet Stevenson, Alex Jennings, Robert Glenister, Harriet Walter, Rosalind Ayres, Tim McInnerny, Orla Charlton, Lloyd Owen, Patricia Hodge, Stanley Townsend and Henry Goodman.

The CD of Odyssey of Love (with Juliet Stevenson and Henry Goodman) has recently been released by Deux-Elles to critical acclaim.

“The concept is brilliant, it totally works, is engaging, insightful and informative, and there is not a trace of tricksiness or flash about it.”

“Liszt’s intimate letters and diaries come to life on this CD with pianist Lucy Parham and two formidable actors, Juliet Stevenson and Henry Goodman. To hear the actors narrate life, love and langour is a rare pleasure, as rare as finding a programme where words, music and poetry are tightly connected. Particularly magical are the yearning Un Sospiro and thrilling Chasse Neige. And Parham has total control of even the most difficult passages. With music ranging from hushed inwardness to stormy flashiness, Liszt led a life paralleling his music – and here it is, all bound together in living in music history.”

“Lucy Parham has carved out a unique concert hall slot with her words and music portraits of the great pianist-composers. To achieve this requires multiple skills – researching and compiling the texts, securing the services of top-flight actors to narrate, devising the music to fit, and performing this herself.

Liszt emerges as the contradictory and likeable individual that he clearly was. Henry Goodman and Juliet Stevenson excel in their spoken portrayals of the man himself and the two high-octane ladies in his life.

Parham’s playing searches out lyrical artistry and tonal loveliness; in Chasse Neige, she brings out all its haunting poetry and the Petrarch Sonnet No 104 and Un Sospiro could hold their own anywhere.”

“Parham is extremely enterprising… she has crafted a memorable yarn that’s delivered with consummate narrative coherence by actors Juliet Stevenson and Henry Goodman, while Parham provides musical context and links through her performances of carefully selected gems”