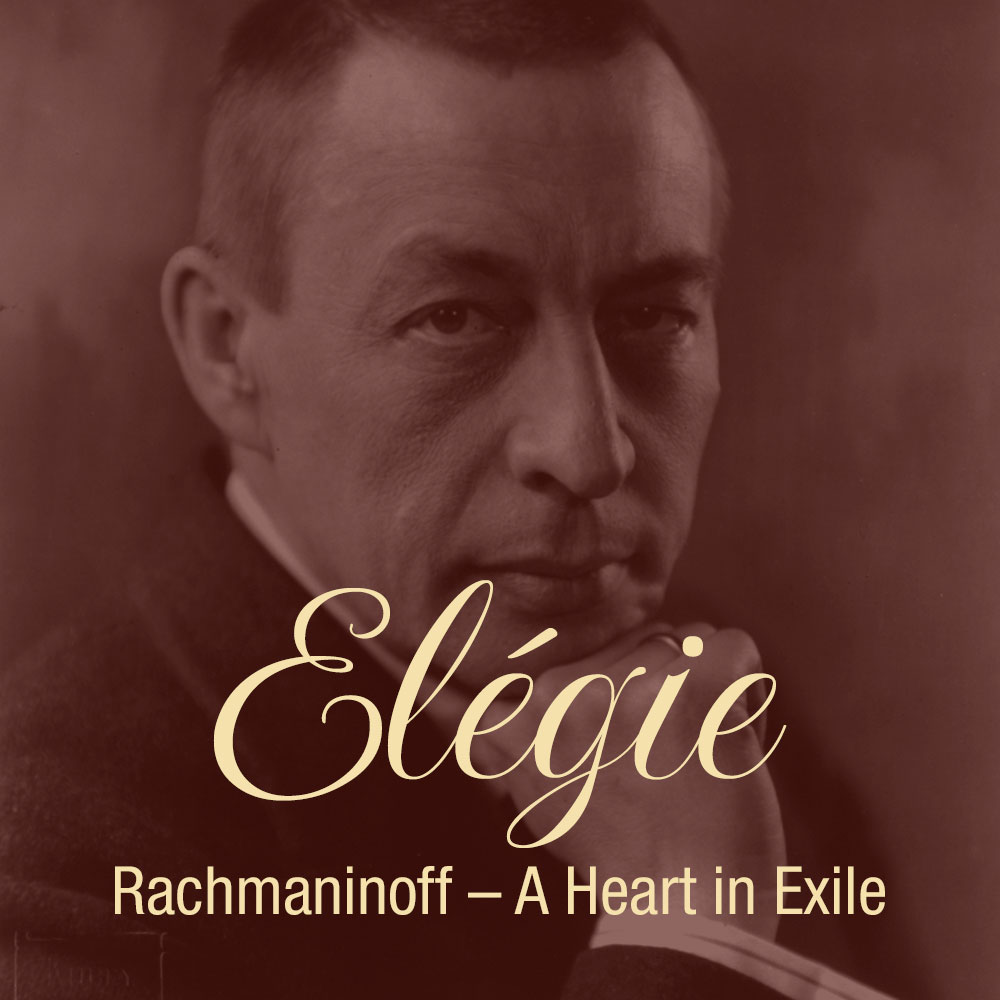 Elégie is the fifth ‘Composer Portrait’ concert to be compiled and scripted by Lucy Parham.

Known internationally for her ‘Composer Portraits’ in words and music, pianist Lucy Parham has created a new programme for 2016. It chronicles the life of composer and pianist Sergei Rachmaninoff. Though he became an exile in 1917, Russia remained deeply rooted in his soul. His cultural identity and his longing for his homeland imbue his music, not least the many much-loved works he wrote for his own instrument, the piano. The narrative, scripted from letters and diaries, follows Rachmaninoff from his youth in Russia, through his subsequent self-imposed exile in 1917 and finally to California USA, where he died in 1943.

The programme includes many of his best- loved works for solo piano, including a selection of Preludes, Etudes-Tableaux and Moments Musicaux, some of his own transcriptions and the haunting Elégie, as well as works by Scriabin and Tchaikovsky.

Elégie was performed in Lucy Parham’s Word/Play series at Kings Place, London in April 2016 in a specially abridged version for a Coffee Concert.

The CD (on the Deux-Elles label) was released in May 2018, with Henry Goodman narrating.

“From the opening Elégie Op. 3  to the closing Moment Musical No.6 Parham and Goodman between them paint a loving, 100 -minute portrait of the ever-melancholic Rachmaninoff”

“This is the crowning glory of Parham’s Composer Portrait series”

“A superb evocation of the life and music of Sergei Rachmaninoff.

The design of the listening experience is skillfully and subtly structured, and the manner is engaging and intimate, so that the great Sergei himself seems to be recalling his life for us as we listen.”

“There is nothing more satisfying than listening to great music, beautifully performed, while, at the same time, learning a little about the world in which it came into being and about the people who created it.

Lucy Parham’s concerts offer just that – a wonderful way to spend a couple of hours.”

“These composers are frequently heroes of mine. It is fascinating to try and embody them. I learn a lot about them that I didn’t know previously. And I get to hear some beautiful piano music, inspiringly played, at very close quarters”

“I feel so fortunate to be able to work with a musician like Lucy, such a brilliantly accomplished and sensitive artist. I certainly take inspiration from hearing such undeniably great music up close and personal, as it were. It has been a huge privilege to be a part of Lucy’s recreations of the lives of Chopin, and Debussy, and now Rachmaninoff”

“I love doing shows with Lucy. I read the fascinating lives and letters of great composers and then get to hear their music, played on a beautiful piano by a truly miraculous performer”